Xylem cells are the following: – vessels or tracheids. Vessels are told perfect when there is no transverse wall and when all elements are joined together to reach a length that can reach many meters. Tracheids are imperfect vessels because they have a transverse wall with a lumen more or less important. Tracheids are present in basal (primitive) vascular plants such as Ferns and allies, or Gymnosperms. 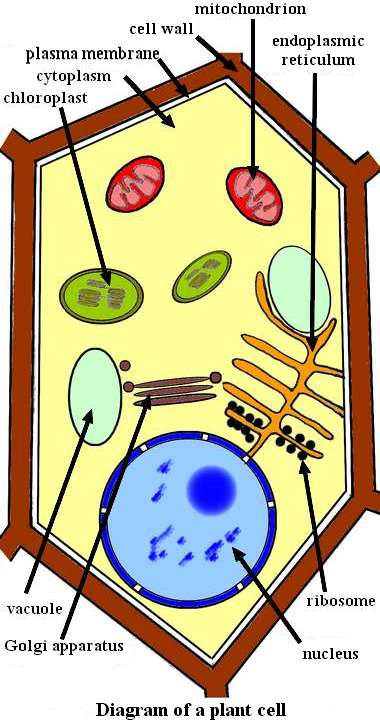 Cytoplasm is outside the nucleus and inside the plasmalemma, the membrane of the cell. It includes: – cytosol, a semi-liquid solution in which organelles are found, – cytoskeleton, e. g. microtubules and microfilaments, – and different organelles such as endoplasmic reticulum, Golgi apparatus, mitochondrions and chloroplasts, lysosomes, peroxysomes, ribosomes.

Fleshy fruits are characterised by a fleshy pericarp. It is usually the mesocarp that has high water content. A fleshy fruit is: – A berry when the endocarp is not lignified: grapes, tomato… Generally, berries have several seeds, rarely one: date, avocado… – A drupe or a stone fruit when the single seed, sometimes more, is surrounded by a stony layer (lignified endocarp): cherry, plum…